Racetrack return locked in for Rubisaki 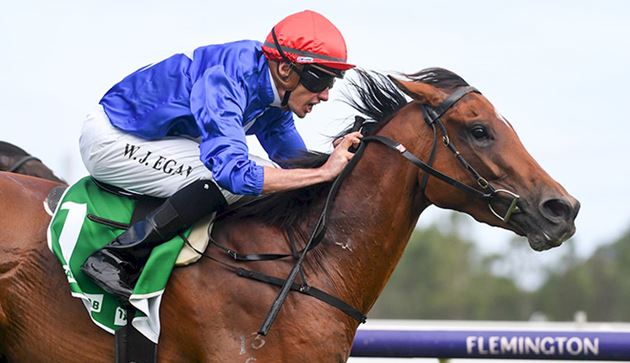 Rubisaki is nearing her racetrack return after an out-of-character spring preparation, following a Cranbourne trial on Tuesday morning.

Rubisaki won her heat, clocking a time of 58.80 seconds for the 990 metres under Billy Egan.

“She did a good job, she isn’t normally a good trial horse or trackworker but that’s as good as she will trial,” trainer Patrick Payne explained.

“We have started with a clean slate, we didn’t find much wrong with her last preparation, it was probably a combination of firm tracks and just going through that early four-year-old stage.

“She had a minor suspensory, but I am not blaming that.”

The winner of eight of her 12 career starts finished 10th in the Cockram Stakes and 12th in the Kingston Town Stakes in a two-run spring campaign and was then found to have a minor suspensory injury.

“When she is right, she is really honest and won’t let you down,” Payne said.

The stable said if the four-year-old puts her hand up, the G1 Goodwood and Sangster could be on the agenda.