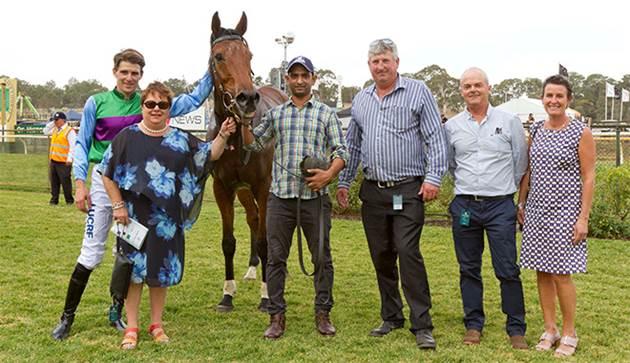 Zed Em continued his reign as the heavyweight champion of Oakbank with a dominant win in Saturday’s $160,000 Thomas Farms Great Eastern Steeplechase (4950m).

It was the Patrick Payne-trained galloper’s second-consecutive win in the marathon feature and came a fortnight after he secured a third-straight Von Doussa Steeplechase at the unique Adelaide Hills track.

As he’s done in four of the gelding’s five Oakbank wins, star jockey Steven Pateman did the steering and never looked under pressure, settling the eight-year-old on the speed before extending over the final 800 metres for a four-length victory over local hero Spying On You.

For Pateman, it was a record sixth win in the race and he said he was delighted to achieve the feat aboard a horse that’s stamped himself as one of the toughest jumpers in the history of the sport.

Pateman missed an opportunity to claim a feature race double when short-priced favourite Killarney Kid was scratched on vet’s advice from the Thomas Farms Classic Hurdle (3600m) earlier in the day.

It left jockey Rob David to land the biggest win of his career aboard Grant Young’s six-year-old Casiraghi, who outlasted Murphy’s Delight in a competitive finish.