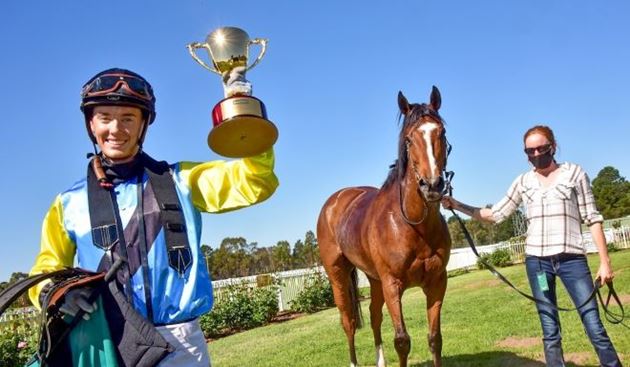 The seven year-old had carried 60kg when missing out at St Arnaud but dropped down to 54.5kg for Sunday’s contest at Ararat with the weight drop proving the key to add another country cup victory to his resume and turn the tables on the Maddie Raymond-trained Wentwood who’d had his measure at St Arnaud.