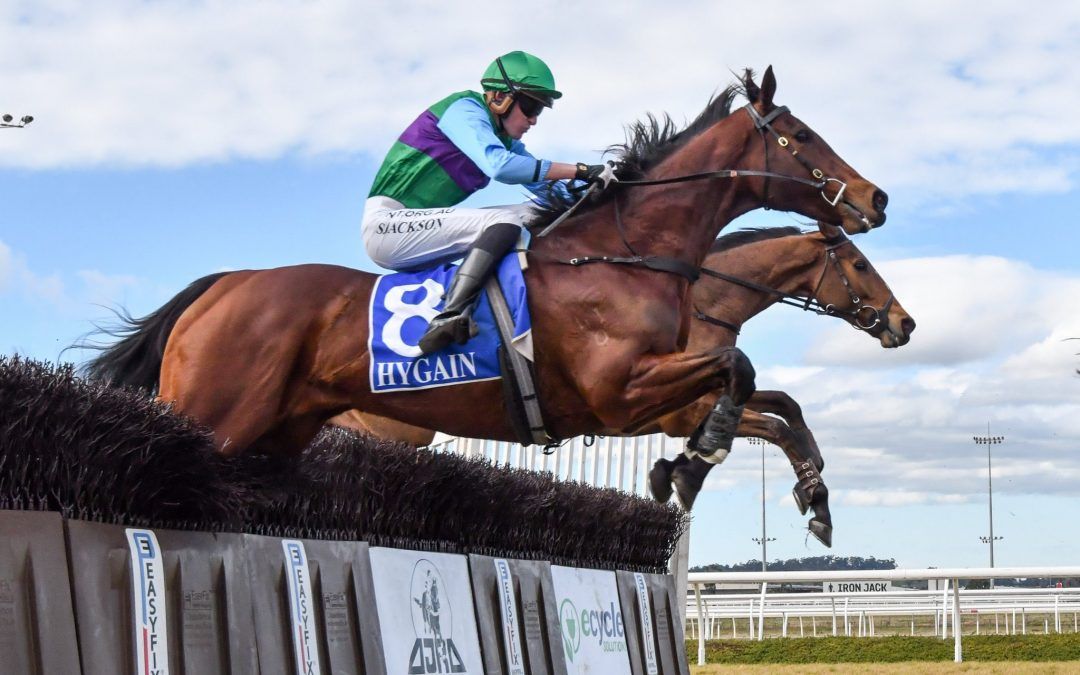 New Zealand jumper Tallyho Twinkletoe survived a protest for late interference to maintain his unbeaten record in Australia when a brave but narrow winner of the Dreschler Hurdle (3500m) at Pakenham on Sunday.

The dual Grand National winner of last season will be set on the same path over the next few weeks after his victory which came after he shifted in late as Bee Tee Junior was finishing hard on his inside.

Backed heavily into $1.60 by the time the field jumped away, Tallyho Twinkletoe looked set for a soft win turning for home but was made to work by Bee Tee Junior who had to move off his line late in the race as Tallyho Twinkletoe moved in late.

The son of St Reims gave six kilograms away to the runner-up and was jumping from 2400m to 3500m but still had enough in reserve to hang on.

He had just a narrow margin on the line from the $13 chance with the second favourite Gobstopper ($6) tiring over the concluding stages for third, some 10 lengths away.

The nine-year-old Kiwi has only been at trainer Patrick Payne’s property for the past week after returning to jumps racing for trainer Kevin Myers back home where he lumped 74 kilograms to victory in a steeplechase at Wanganui earlier this month.

“It was great to watch when he loomed up 100m out and he looked home but you never go the early crow as he (Bee Tee Junior) got very close on the line,” trainer Patrick Payne told Racing.com.

Article as published on Racing.com – https://www.racing.com/news/2020-07-19/news-tallyho-survives-protest-to-win.

He scores the quinella in the Mosstrooper with Killarney Kid coming in second. pic.twitter.com/3JX2GtviAP