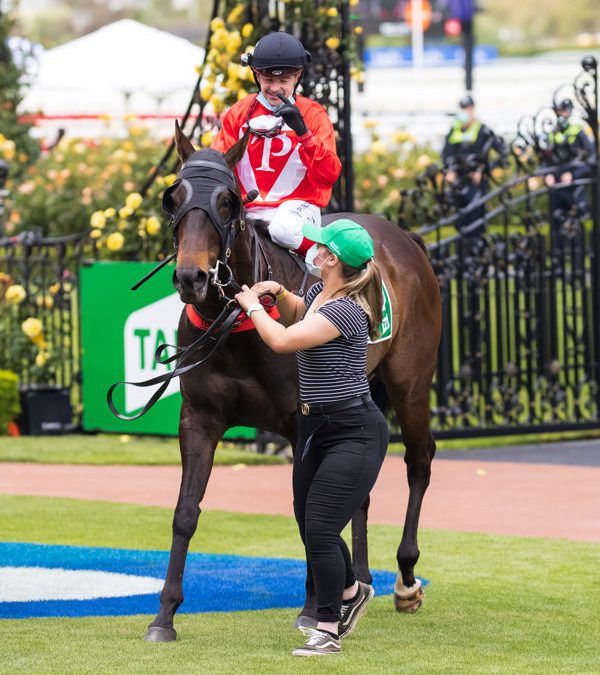 The Patrick Payne-trained Justacanta (Per Incanto) peeled off runners to chase down the admirably honest topweight Kemalpasa (Magnus) by a short-head with a nose back to Isaurian (Exceed And Excel) in third.

Justacanta won the Listed Paris Lane Stakes at Flemington on October 2 before finishing third behind Buffalo River (USA) and King Magnus in the Group III Moonga Stakes at Caulfield.

It advances the 8yo geldings record to eight wins, eight seconds, and 13 thirds from52 starts with earnings of $458,227.

“He did think it might be a bit strong for him, but it was worth a throw at the stumps.

“It was a funny run race. We split. It was only a small field, but I didn’t expect to split like that. I thought my best option halfway was to follow Brooklyn Hustle to get the slipstream.

“I thought I had plenty in hand, and he attacked the line well. I probably rode him a bit good at Caulfield. He didn’t find the line, whereas the start before here he got held up and was really strong to the line.

“I was saying to Patrick when we rode some work at St Arnaud during the week that I thought I got going a little bit early on him at Caulfield. He didn’t really finish the race off.

“I had that in the back of my mind to have the last crack at them, and Patrick was trying to do the same sort of thing.”

Justacanta made his first 47 starts in New Zealand for Shaun and Emma Clotworthy.

Bred by Little Avondale Stud, the son of Per Incanto (USA), is the best of four winners from seven to race out of the Casual Lies mare Just Casual, a sister to the Group 1 New Zealand Derby winner So Casual.