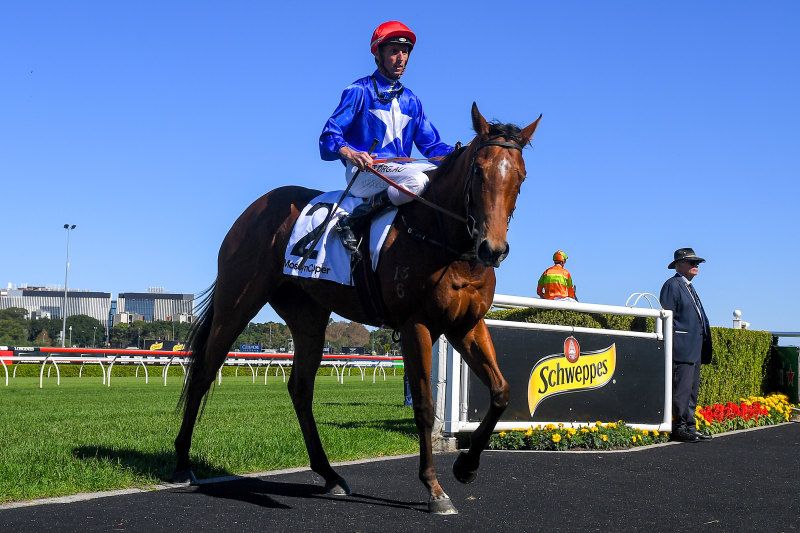 She may not have found a group 1 race yet but history suggests Rubisaki will be very competitive when she does after completing the PJ Bell Stakes and JB Carr Stakes double at Randwick on Saturday.

Only Red Tracer and Private Steer have completed the autumn fillies’ double this century and both went on to win multiple times at the top level.

Rubisaki has won eight from 10 but trainer Patrick Payne has been unable to find a suitable group 1 for her.

It might not come until next year with her goal in spring to be the $7.5 million Golden Eagle, rather than chasing the black type, after a well earned spell.

“I will sit down and work out a program for her but the main aims are the Silver Eagle and the Golden Eagle,” Payne said.

“Her attitude exceeds her ability. She doesn’t work that much better than other horses but she just wants to win.

“She is still a little immature but hopefully she will continue to strengthen up.

“She definitely wasn’t as impressive [in the Carr]. I was glad to see that winning post. But when you travel with horses, I often find their first runs are their best and then it is really hard for them to go again.”

Rubisaki wasn’t at her best in the Carr Stakes but still held off a late challenge by Subpoenaed to score by a head with St Covet Spirit three-quarters of a length back in third.

Payne believes Rubisaki’s best asset is her attitude and it was on show again as Nash Rawiller said she drew on that when she obviously was not at her top.

“She jumped very awkwardly, which wasn’t race over for her because I knew if I got her to settle nicely she’d reel them in,” Rawiller said.

“It took a fair bit out of her to chase down Akari [in the straight] and then when it looked like she had put the race to bed Subpoenaed really came at her.

“I thought we had nothing left, but that’s why she has won her last six, because she found [something] again, it was a really good effort.”

Rubisaki is unbeaten in six runs this season and has earned a spell after being up since January in a preparation, which tick-tacked between Sydney and Melbourne with wins also coming in the $1 million Inglis Sprint and the biggest fillies race in Melbourne in the autumn, the Kewney Stakes.

Payne had considered ending the campaign after the Bell Stakes but left the decision up to John Bateman, who was looking after the filly at Goulburn.

“I said to him a few times this week that we don’t have to run Rubisaki as she has already done her job,” Payne said.

“I was relying on John’s judgment and he said that filly was going well and there was no reason not to run her.”

Article as published in Sydney Morning Herald – by Chris Roots