Defibrillate adds another win to his tally 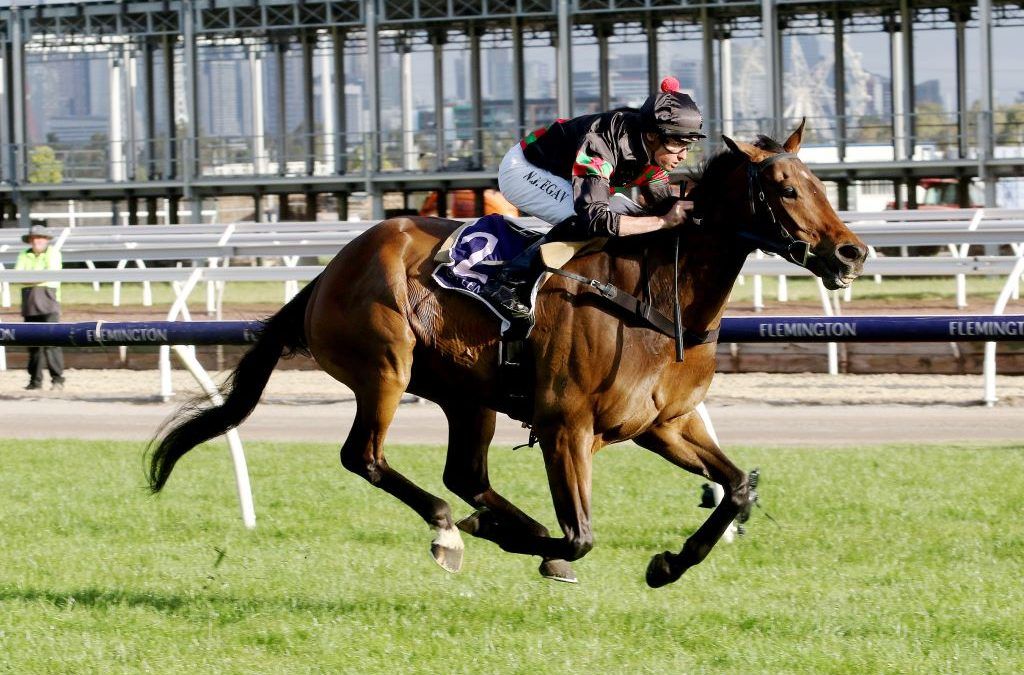 Defibrillate (NZ) (Shocking) continued his successful Australian career with a win at Flemington on Saturday.

A winner of two races in New Zealand from the stable of co-owner Graeme Richardson, Defibrillate made his Australian debut in October for Victorian trainer Patrick Payne, winning his first two starts before finishing runner-up at Ballarat last month.

The five-year-old gelding was back in the winner’s circle on Saturday after delivering a strong finish under regular rider Billy Egan to claim the Summer on the Roof Garden Handicap (2530m).

“He is definitely going to make a class stayer,” Egan said. “He is improving with each run and I think this is just the tip of the iceberg and he has a long way to go.

“He is still very raw and only had seven starts.

“I don’t think they will rush him anywhere they will just let him win his way through the grades.”

The win took Defibrillate’s record to five wins from seven starts and his earnings over the A$163,000 mark.