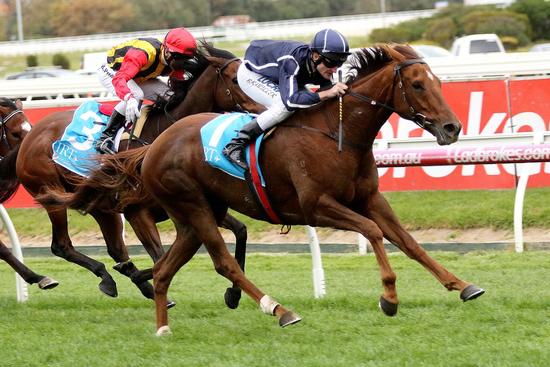 Patrick Payne is hoping his theory that Widgee Turf won’t be suited by the straight Flemington 1200-metre course will be proved wrong when he lines up in the Aurie’s Star Stakes.

“I think he’s always been better suited in races around a corner, mainly because they tend to run along a bit quicker, which is what he needs,” Payne said.

“This race though could suit him as Home Of The Brave will run them along quickly.

“There’s really no reason why he shouldn’t handle the straight. I’m happy to be proven wrong.”

Payne said Widgee Turf had benefited from the longest spell of his career as he had not raced since December last year.

Even though Widgee Turf finished third in last year’s Sir Rupert Clark Stakes, Payne said he felt he was below his best last spring.

“I don’t think he ever got going. I think the trip to Queensland last winter flattened him,” Payne said.

“I’m really happy with the way he is going. The good, long spell has done him the world of good.”

Payne said he wouldn’t make any plans for the seven-year-old until after his Aurie’s Star performance.

The horse is back on track to defend his Grand National Steeplechase (4500m) title at Ballarat on August 23.

Tallyho Twinkletoe hit the last hurdle when he was going to challenge eventual winner Ablaze in the Grand National Hurdle last Sunday and finished fifth.

“I thought his action was questionable after the race but he’s been given the all-clear,” Payne said.

“He will go to the Burrumbeet trials on the Monday before the race as he needs to qualify to run over the fences.”